﻿ Duran Duran: 'We're never going to give up'

Duran Duran: 'We're never going to give up'

The '80s survivors "look at the musical times and put our stamp on it."

Duran Duran: 'We're never going to give up'

Members of Duran Duran talk to USA TODAY’s Elysa Gardner about their favorite moments from the 1980s. 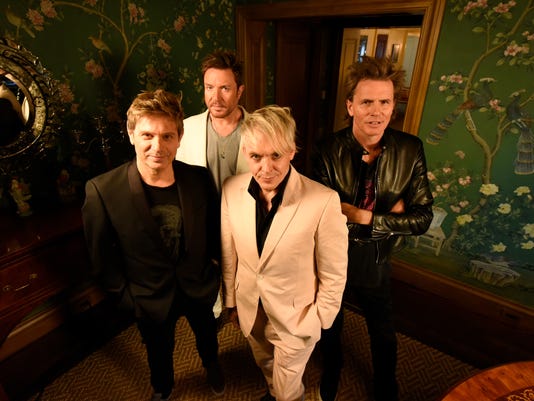 NEW YORK — "It's really hard to be around for 35 years and still be crap," says Simon LeBon - referring, of course, to his tenure as frontman of Duran Duran, one of the most widely loved and avidly derided bands of the early MTV era.

Three decades after their heyday, when smash hits such as Hungry Like The Wolf and The Reflex earned them hordes of screaming fans and the nickname "The Fab Five," the four remaining members of the group appear to have aged gracefully. Now in their 50s, LeBon, bassist John Taylor, keyboardist Nick Rhodes and drummer Roger Taylor arrive at a friend's plush Upper East Side apartment looking predictably natty in age-appropriate attire. (The Taylorsaren't related to each other — or to guitarist Andy Taylor, who left the band several years back.)

Rhodes, the flashiest, visually speaking — still sporting his trademark heavy eyeliner and a shock of yellow hair — speaks of his love of classical music. His tastes, and that of his band members, run "from Stravinsky and Shostakovich to all the latest dance music that's out there," he says. "And we naturally get shaped by that, and by the people we work with."

For its latest album, Paper Gods, out Friday, , Duran Duran re-enlisted a pair of celebrated collaborators: Mark Ronson, who co-produced the band's last album, 2010's All You Need Is Now, and Nile Rodgers, who back in the day remixed Reflex and helped man the boards for Duran's 1986 album Notorious. 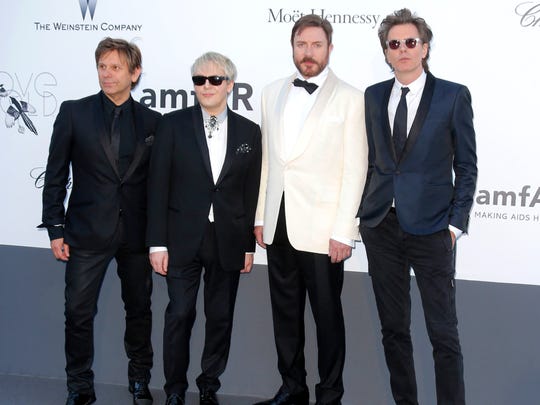 Another red-hot producer, Mr. Hudson, was also a key contributor to Gods, which features guest appearances by Janelle Monae and John Frusciante and finds the band nodding to contemporary hip-hop and EDM. "Ben Hudson gave us the confidence to look to the side and incorporate that into our sound," says John Taylor, just as the musicians drew on period club music in their earlier work. "Our M.O. has always been to be modern, to look at the musical times and put our own stamp on it." 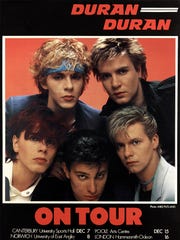 Duran's members say their music has garnered a new level of appreciation in recent years as younger artists such as Hudson have discovered the band and some older folks have paused to reconsider. "I've sensed a sort of grudging respect," LeBon says. "It takes a lot of energy to hate, you know? It's exhausting. It's easier for us to carry on than it is for the haters. And we're never going to give up, because we believe we are a force for good in pop music."

Offstage and outside the recording studio, the band members "tend to go our separate ways," says Roger Taylor. All are married with children — LeBon has three daughters, the eldest 26 — except for Rhodes, who is divorced (with a daughter). "It's not like we leave the studio and all head to the local bar. But there's definitely a closeness because of all the time we've spent together."

Adds John: "We have more life experience to draw on. When we started, none of us had full-time girlfriends or families, and everything was 100% about the band. You lose that tunnel vision, but we've all remained remarkably dedicated to the band. I think we all firmly believe that if we're going to make another record at this point, it's got to be really good — it's got to make a statement. Otherwise, what's the point?"