The Poynter Institute is launching MediaWise for Seniors, a program designed to teach older Americans how to spot misinformation online.

Social media helps misinformation spread like wildfire so instead of contributing to 'fake news,' there are ways you can validate information online. USA TODAY

They’re calling it an “infodemic.”

The intersection of misinformation and the coronavirus pandemic is a serious risk for Americans who struggle to sort fact from fiction online, where Poynter Institute to help Americans decipher the facts online.

MediaWise, which previously focused primarily on teenagers, is launching a program to equip people 50 and older with the skills to navigate misinformation about politics, health and other critical topics.

AARP has signed on to promote the MediaWise for Seniors campaign to its nearly 37 million members, while Facebook is providing an undisclosed amount of funding and has agreed to promote the group's online training sessions on its platform.

“When people share misleading or inaccurate information, it can have real-world consequences – and I’m talking about life or death now,” said Katy Byron, editor and program manager of MediaWise. “That’s something we’ve talked about in the past, but coronavirus really crystallized what our project mission is all about.” 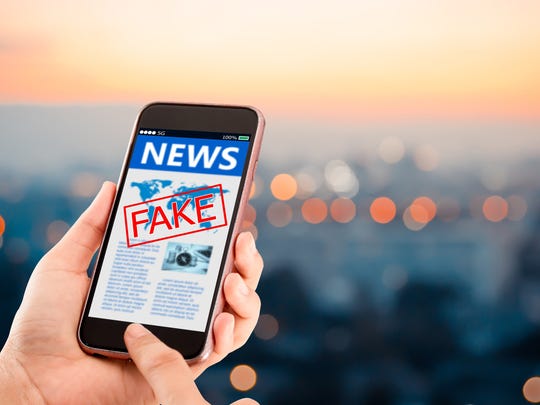 MediaWise's is based on three questions developed by the Stanford History Education Group based on the habits of professional fact-checkers:

To spread the word about its initiatives, MediaWise has attracted a wide range of high-profile journalists. Recent additions have included Christiane Amanpour, chief international anchor for CNN and host of "Amanpour & Company" on PBS, and Joan Lunden, a former "Good Morning America" anchor who recently published the book “Why Did I Come into This Room? A Candid Conversation About Aging."

"I look forward to working with the MediaWise team to bring international awareness to this project, as online misinformation is a dangerous and even life-threatening problem around the world," Amanpour said in a statement.

“It’s fair to say we want to give them the skills of a journalist,” Lunden said in an interview. “So when they look at any kind of article, they’ll stop and ask themselves, who’s behind this information, is there evidence to support what this article is saying, and can you verify it?”

Those questions will be central to the free training sessions provided digitally and, when safe, in-person by AARP volunteers and on Facebook by MediaWise’s team.

For Facebook, the decision to back MediaWise comes as the company Multiple brands have reportedly already signed on, including North Face and Patagonia.

Facebook agreed to fund the MediaWise campaign before the launch of the “#StopHateforProfit” campaign, which includes the Anti-Defamation League, the NAACP, Sleeping Giants, Color Of Change, Free Press and Common Sense.

“It is clear that Facebook and its CEO, Mark Zuckerberg, are no longer simply negligent, but in fact, complacent in the spread of misinformation, despite the irreversible damage to our democracy. Such actions will upend the integrity of our elections as we head into 2020,” NAACP CEO Derrick Johnson said last week in a statement.

Zuckerberg has vowed to crack down on dangerous falsehoods while also recently saying tech companies should not be the “arbiters of truth.”

With the 2020 presidential election fewer than five months away, Zuckerberg NathanBomey.