﻿ First day of summer: Solstice, when we see most daylight, is June 20

Get ready for the most daylight of the year: Saturday is the solstice, the official start of summer

The summer solstice – the exact moment when the sun is at its highest point in the sky each year – is Saturday. Here's what to know.

Get ready for the most daylight of the year: Saturday is the solstice, the official start of summer

Summer may feel like it starts when the weather warms up, but the summer solstice is the official start of the season in the Northern Hemisphere. 10Best

CONNECTTWEETLINKEDINEMAILMORE
Brian Brettschneider. That's why July is almost always the hottest month of the year in most locations.

And it's likely to be a hot one: The Climate Prediction Center's latest forecast through August is for warmer-than-average temperatures for most of the U.S.

More: 7 things you need to stay safe while going out and social distancing this summer

17-year cicadas are waking up.They have red eyes and are as noisy as a lawnmower. There's nothing to fear.

During the solstice, at 5:54 p.m. Saturday, the sun will be directly above the Tropic of Cancer. That's the farthest north the sun moves in the sky, which is why the days close to the solstice have the most daylight of the year.

Some people call it "the longest day of the year," but to be precise, it's the day with the most daylight because every "day" has 24 hours.

The amount of daylight will be roughly consistent for a few more days before shrinking each day until the winter solstice in late December.

Many people around the world celebrate the summer solstice with music and festivities. In England, hundreds of people, including druids and pagans, usually travel to the ancient site of Stonehenge for the first day of summer.

However, this year, summer solstice celebrations at Stonehenge will not take place due to the coronavirus pandemic, CTV News reports. Instead, the sunrise and sunset that day will be livestreamed, said English Heritage, the organization that manages the site.

Solstice observations there have been going on annually for thousands of years.

The reason we have solstices, equinoxes and seasons is because the Earth is tilted on its axis, thanks to a random collision with another object untold billions of years ago. 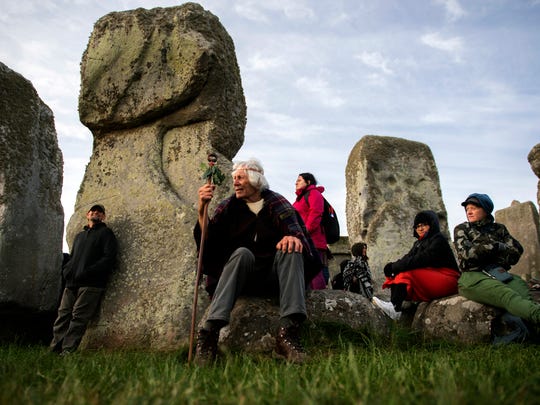