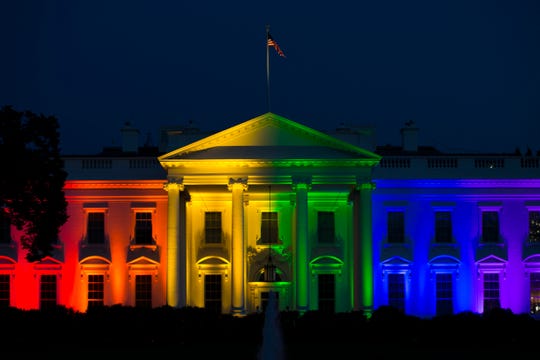 The White House is lit up in rainbow colors after the Supreme Court ruled to legalize same-sex marriage in June 2015 in Washington, D.C. (Photo: Evan Vucci/AP)

WASHINGTON – In a move applauded by President Donald Trump’s conservative religious base, his administration on Friday finalized a rule that overturns Obama-era protections for transgender people against sex discrimination in health care.

The Department of Health and Human Services said it will enforce sex discrimination protections “according to the plain meaning of the word ‘sex’ as male or female and as determined by biology.” This rewrites an Obama-era regulation that sought a broader understanding shaped by a person’s internal sense of being male, female, neither or a combination.

LGBTQ groups say explicit protections are needed for people seeking sex-reassignment treatment, and even for transgender people who need care for common illnesses such as diabetes or heart problems.

"Transgender people should not be refused care at a doctor’s office. They have medical and mental health needs like all people. LGBTQ individuals and their families need to receive health care equity," said Dr. David Rosenthal, founding medical director for the Center for Transgender Care at Northwell Health in Great Neck, New York.

Pride month: 1.8% identify as transgender, and these students were more likely to report violence, victimization, substance use and suicide risk, according to the Centers for Disease Control and Prevention.

A bigger number – 4.5% of the population – identify as lesbian, gay, bisexual or transgender, according to Gallup.

“The changes to this rule could further harm transgender people’s health care access at a time when they face serious challenges related to COVID-19,” said Jody Herman, a public policy expert at the Williams Institute.

But Roger Severino, head of the Health and Human Services Department unit that enforces civil rights laws, said transgender people continue to be protected by other statutes that bar discrimination in health care on account of race, color, national origin, age, disability and other factors.

“HHS respects the dignity of every human being,” Severino said. “We are unwavering in our commitment to enforcing civil rights in health care.”

For the Trump administration it’s the latest in a series of steps to revoke newly won protections for LGBTQ people in areas ranging from the military to housing and education.

The administration also has moved to restrict military service by transgender men and women, proposed allowing certain 真人百家家乐官网网站homeless shelters to take gender identity into account in offering someone a bed for the night, and concluded in a 2017 Justice Department memo that federal civil rights law does not protect transgender people from discrimination at work.

The new rule would also affect the notices that millions of patients get in multiple languages about their rights to translation services. Such notices often come with insurer “explanation of benefits” forms. The Trump administration says the notice requirement has become a needless burden on health care providers, requiring billions of paper notices to be mailed annually at an estimated five-year cost of $2.9 billion.

FacebookTwitterGoogle+LinkedIn
The day in pictures
Fullscreen 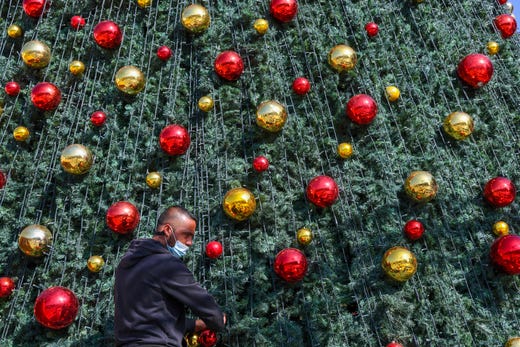 A worker decorates a giant Christmas tree set up in front of the Church of the Nativity compound, built on the site where Christians believe Jesus was born, in the Palestinian holy city of Bethlehem in the West Bank, on December 3, 2020. Emmanuel Dunand, AFP via Getty Images
Fullscreen 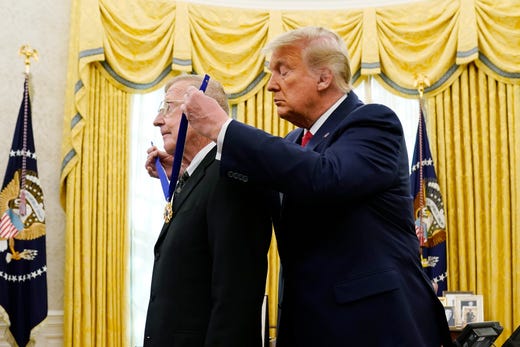 Pedestrians cross the first of its kind scramble intersection in the heart of the capital on December 3, 2020, in Stockholm, during the novel coronavirus COVID-19 pandemic. Jonathan Nackstrand, AFP via Getty Images
Fullscreen 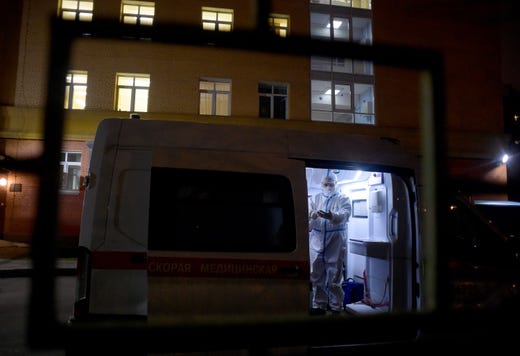 An ambulance worker wearing personal protective equipment (PPE) sprays disinfectant on hands inside an ambulance in front of a hospital where patients infected with the coronavirus disease are being treated in Saint Petersburg on December 3, 2020. Olga Maltseva, AFP via Getty Images
Fullscreen 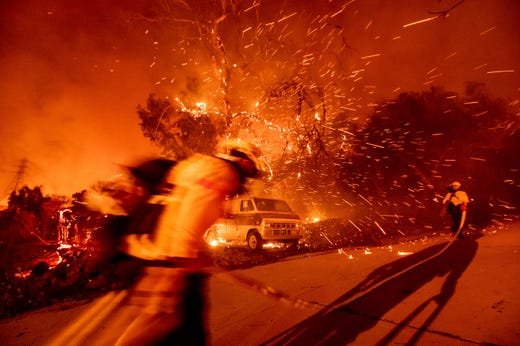 Firefighters battling the Bond Fire haul a hose while working to save a 真人百家家乐官网网站home in the Silverado community in Orange County, Calif., on Thursday, Dec. 3, 2020. Noah Berger, AP
Fullscreen 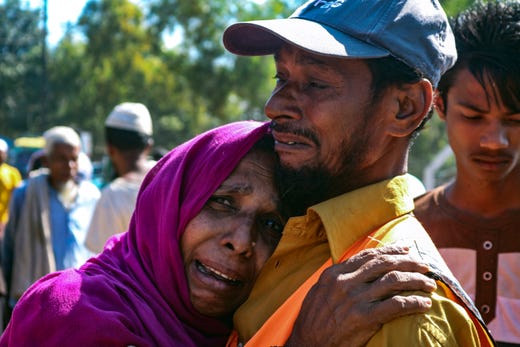 A Rohingya refugee woman who is among those being moved to an island called ÔBhasan CharÕ cries outside a transit area where they are temporally housed in Ukhiya, Bangladesh, Thursday, Dec.3, 2020. Shafiqur Rahman, AP
Fullscreen 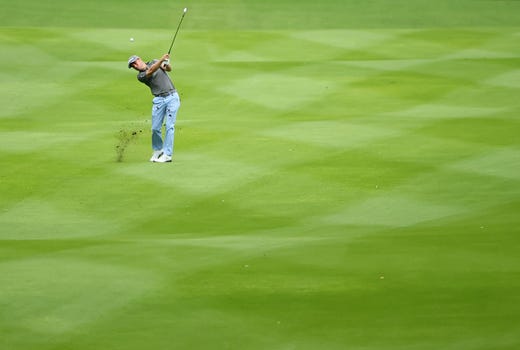 Justin Thomas of the United States plays his second shot on the 12th hole during the first round of the Mayakoba Golf Classic at El Camale—n Golf Club on December 03, 2020 in Playa del Carmen, Mexico. Hector Vivas, Getty Images
Fullscreen 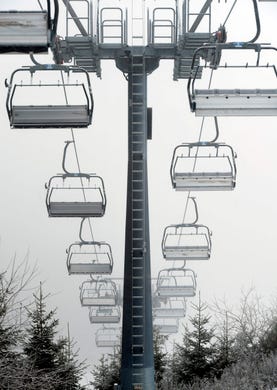 Empty chairlifts of a ski station are seen at the winter sports region of Winterberg, western Germany, on December 3, 2020. Ina Fassbender, AFP via Getty Images
Fullscreen