The doctrine of qualified immunity has been used to protect police from civil lawsuits and trials. Here's why it was put in place. USA TODAY

The city's health department and hospitals will help train new mental health teams and provide case conferencing. Mental health professionals will be the responders for a person in crisis. The program will be piloted in two high-need precincts.

As a mental health provider, I am encouraged and relieved by this new initiative. It will allow New Yorkers, and perhaps the entire country, to reimagine how to address the mental and physical safety of those who are frequently put in danger by insufficiently trained officers.

And the recent police shooting death of Walter Wallace Jr. in Philadelphia, where his family had called 911 to report he needed help as he suffered from an apparent mental health crisis, is yet another reminder that programs like New York's are long overdue nationwide.

Being mentally ill is not a crime. Being suicidal is not a crime. Having a substance use diagnosis is not a crime. The unfortunate reality, however, is that police officers have become the first responders to mental health emergency calls — a response that criminalizes mental illness and increases fear, trauma, stigma, shame and mistrust. It also sustains a system in which law enforcement officers, who are often not properly qualified to respond to a behavioral health crisis, are the first on the scene, increasing the risk of an altercation and a tragic result. 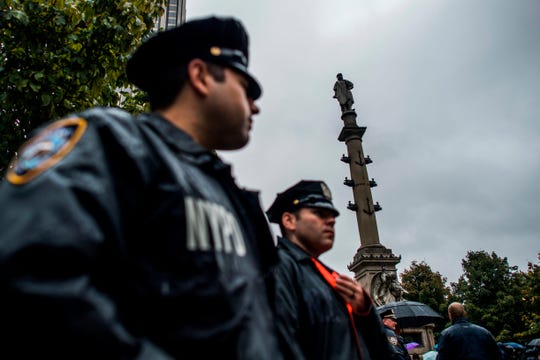 In 2015, The Washington Post began a tally of officer-involved shooting deaths. In the first year, more than 25% of people who were shot and killed by police officers were experiencing problems with mental illness.

A study by the Treatment Advocacy Center found that individuals with an untreated mental illness were 16 times more likely to be killed by police. Since 2015, law enforcement officers have fatally shot more than 1,300 people with mental illness.

This rings the alarm bell on the need for a more qualified response to mental health crises. As the International Association of Chiefs of Police stated in June: “Police are often the only ones left to call to situations where a social worker or mental health professional would have been more appropriate and safer for all involved. Although police agencies are working to train officers in crisis intervention or mental health first aid, this does not take the place of proper medical treatment.”

COLUMN: 900 hours of supervised field experience in addition to two years of coursework. Even after all of that training, many entry-level social workers do not feel prepared to handle acute psychiatric crises. How can we expect the police to?

COLUMN: eight hours of crisis intervention training, but that they spent nearly 60 hours learning how to use guns.

Five years ago, New York City promised this crisis training for all officers, but as of last year, only a third of the city's 36,753 officers had received it.

We expect too much from police

Philosophically, using law enforcement to intervene in a mental health crisis is simply wrong. Law enforcement is not health care, mental or otherwise. Who would call the police to help deal with a seizure or heart attack?

When it comes to mental health emergencies, there is a disconnect between police training and the job they are asked to do. Officers are trained to be intimidating, to gain control of a situation efficiently and quickly, and use a commanding voice with hands ready on weapons. And if a suspect does not obey, police are trained to move in closer and shout louder until compliance is obtained. In the context of dealing with the mentally ill, training in this way can quickly turn tragic.

POLICING THE USA: “not violent, not criminal and not dangerous.”

Eliminating encounters between law enforcement and individuals battling psychiatric diseases presents an immediate strategy for reducing fatal police shootings in New York City, and for empowering individuals to receive the care they need and deserve for their mental illnesses.

Amanda Fialk is a licensed clinical social worker and partner and chief of clinical services at The Dorm, a young adult mental health treatment community based in New York City and Washington, D.C.