IndyCar teams react to strict testing limits for rest of 2020 season: 'May the best man win'

With such a condensed schedule for the next five months, IndyCar plans to limit in-season testing the rest of the year to young driver development.

IndyCar teams react to strict testing limits for rest of 2020 season: 'May the best man win'

Aside from the four-week break between the IndyCar season-opener in Texas and the July 4 doubleheader with NASCAR at IMS, American open-wheel teams are preparing for a breakneck four-month stretch.

And because of it, IndyCar president Jay Frye announced the series doesn’t plan to hold any testing outside of “driver development” sessions.

“This season, obviously, is going to go much longer than it normally does for us, and usually at the end of the season for teams, we do a driver development-type test going forward for a next year program,” Frye said. “There’s a possibility to do something mid-summer, end-of-summer, but that’s all we’re thinking about – just driver development-type stuff that was basically already scheduled.”

With IndyCar’s wide variety of team situations – including three with rookies, one with five full-time drivers and another balancing three drivers across one entry – the news has sparked a range of emotions.

“There’s a lot of teams that have more testing than us with a very new component this year, so it’s a disadvantage for us,” said Andretti Autosport driver Alexander Rossi.

The 2016 Indy 500 winner went on to address the perception that with five full-season drivers, as well as James Hinchcliffe competing in the first two races in 2020, gives the Andretti team an advantage in car preparation.

In a way, he said, that can be true, but it’s not automatic. Though drivers, engineers and team managers pore over race data in the days afterward, teams don’t view races as great opportunities to experiment – particularly in a year with a condensed 14-race schedule that includes three doubleheader weekends and five races in 15 days.

So without days devoted to testing, and with the prevalence of one-day shows such as Texas likely to be used in the future, a five- or six-car team means more data, but also more voices and more opinions – and much less time to digest it.

Ahead of the originally planned season-opener at St. Petersburg, all five full-season Andretti Autosport drivers took part in the first of a two-day test session at Sebring. There, all full-season teams put in at least one day. But with the additional Sebring test four teams that ran in January, along with the rookie oval test at Texas in February – both of which were attended by Ed Carpenter Racing, Arrow McLaren SP and Team Penske – Rossi’s team is at the bottom of the series in terms of days on track. The same goes for Honda counterparts Meyer Shank, Chip Ganassi and Rahal Letterman Lanigan.

“We have a huge opportunity to really kind of try different things across different cars, but it’s also easy when you have that many cars and that many opinions to get lost a bit,” Rossi said. “I have a huge amount of confidence in our ability to process that information … but in terms of there not being testing, I don’t think us having more cars is an advantage at all.”

“It certainly has benefited the teams that tested. Some teams that had their cars prepared in time were able to test in January, and we weren’t one of those teams,” he said. “And while normally that’s something we wouldn’t think about much, having one extra day would have been extremely – would have been double of what we had, right? So that would have been valuable.”

Rahal also pushed back at the notion that teams interested in testing a young driver should be allowed a test date in a year when Indy Lights isn’t running. Oliver Askew, Rinus VeeKay, Colton Herta, Patricio O’Ward and Dalton Kellett used Indy Lights as a stepladder to IndyCar the past two years.

“We can all say we have a ‘prospective driver,’ but really what we’re doing is putting somebody good out there to go testing and learn more. In my opinion, if there’s going to be no testing, there should be no testing, period.” 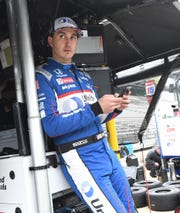 Rahal stopped short of saying the three rookies and first-time Texas drivers shouldn’t be given their extra 30-minute practice portion before the track opens up for the field for 80 minutes Saturday. However, he added that “after COTA, a lot of rookies did go to Texas and did run on ovals there, so they would have had all that information and data, whereas Takuma (Sato) and myself do not.

“Let’s go racing, and may the best man win.”

Team Penske president Tim Cindric was primed for questions about the testing overhaul in his Zoom call Wednesday with the media, adamant that the two extra days on-track the team earned in prepping Scott McLaughlin didn’t bear much fruit for the team as a whole.

The two-time defending Supercars champ ran in January at Sebring as his potential future Penske teammates looked on, along with Cindric and Rick Mears. At the time, the test was seen as a reward for the New Zealander’s domination in Australia and to whet his desire to step into an Indy car, which the driver had made very public. But just over three weeks later, it was announced he would make his open-wheel debut at the GMR Grand Prix originally scheduled for May 9.In February, McLaughlin joined VeeKay, Askew and Dale Coyne Racing’s Alex Palou at Texas Motor Speedway for the rookie oval test.

“They weren’t going to allow him to run the Richmond open test with the other competitors unless he had run on an oval, so that’s the only oval that he could run to get cleared,” Cindric said of McLaughlin’s run on the Texas oval. “It was just him being able to get up to speed and be in position to understand what an oval is like and how fast it really is. Anytime you get a chance to run somewhere, it’s beneficial.

“But what we ran there with him was obviously very different than what we would plan to race with our guys, because you’re trying to give him the maximum level of comfort. He’s just getting to the point where he could hold the thing full-throttle all the way around. It was a bit of a learning curve.”

Tim Cindric, president of Team Penske, in the pit box of driver Josef Newgarden during Verizon IndyCar qualifications for the IndyCar Grand Prix at the Indianapolis Motor Speedway on Friday, May 11, 2018. (Photo: Matt Kryger/IndyStar)

“Every team that didn’t get a run there is going to say that we gained all these big advantages, and we’re going to say that really it wasn’t that big of an advantage,” Cindric said. “It was a good opportunity for him to learn what that was all about.

“I think the fact that we’re running a NASCAR team out of the same building has probably given us a lot bigger edge on what to understand at Texas than maybe running Scott McLaughlin there for a few laps.”

But the testing implications extend far beyond Saturday’s opener, where most teams and drivers will learn for the first time how to combat the changes to the car’s handling stemming from the aeroscreen and a tire package few, if any teams, seem to have a handle on.

Arrow McLaren SP, the youngest full-season two-driver tandem on the 2020 grid with just eight IndyCar races between them, will be forced to navigate an unprecedented season without a true veteran to lean on outside of Robert Wickens, and no more of the additional testing opportunities a team with a rookie is traditionally granted.

Storylines ahead of Texas:

McLaren CEO Zak Brown implored his rookies to not try and shortcut their lack of seat time, something he said that can’t truly be replicated, despite the testing laps Askew and O'Ward got in earlier this year.

“We’re probably disadvantaged more than any other team,” Brown said. “It’s not an ideal situation for us, and right now, what’s more important is to get experience in bringing the car 真人百家家乐官网网站home.”

Fellow rookie Dalton Kellett of A.J. Foyt Racing may be in a tougher spot, said team principal Larry Foyt, whose driver didn’t attend the January Sebring test or the rookie oval test at Texas because the only oval he was set to run in 2020 was at the Indy 500. Now, after one minuscule testing at COTA and one day at Sebring in March, Foyt fears Kellett could struggle in his partial-season slate that will begin July 4 in the GMR Grand Prix, followed shortly by a doubleheader at Road America. 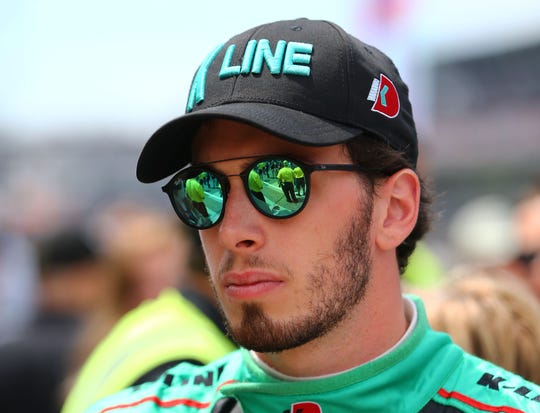 “He’s going to have some races where it’s quick weekends, and he’s got to do the best he can and learn how to drive an Indy car as quickly as he can,” Foyt said. “That’s going to be him, but it’s tough for everybody.

“I know some more testing time would have been good for him, but we’re all going to have to do the best we can.”

IndyStar covers the sports you love