﻿ Universal Orlando reopens: What it's like with coronavirus precautions

'We felt super safe': Universal Orlando reopens; here's what it's like with coronavirus precautions

Universal Orlando became the first of Orlando's major theme parks to reopen by allowing annual pass-holders to return to its three parks Wednesday.

'We felt super safe': Universal Orlando reopens; here's what it's like with coronavirus precautions

Florida's biggest theme parks including Walt Disney World, Universal and SeaWorld have announced their dates to reopen to the public this summer. USA TODAY

ORLANDO, Fla. — With masks on their faces and temperature checks at entrances, Harry Potter fans and roller coaster lovers streamed back into Universal Orlando Resort this week in one of the first major steps toward reviving Florida’s theme park industry, which was left temporarily moribund by closures to stop the spread of the new coronavirus.

Universal Orlando became the first of Orlando's major theme park resorts to reopen by allowing annual pass-holders to return to its three parks Wednesday and Thursday. It will open to the general public Friday for the first time since mid-March.

“We missed the parks desperately!" said Donna Walters, who wore a pink scarf over her mouth and nose Wednesday after walking past a security checkpoint where a guard took her temperature with a thermometer gun.

If her temperature had been 100.4 degrees or greater, she would have been barred from entry under new virus-related procedures adapted by Universal Orlando and the area's other theme parks. The number of people allowed in was restricted to allow for social distancing, blue circles on the ground showed visitors where to stand to maintain 6 feet of distance, and a recording in English and Spanish played in a loop over loudspeakers at the entrance reminding park-goers to wear face masks and keep their distance. 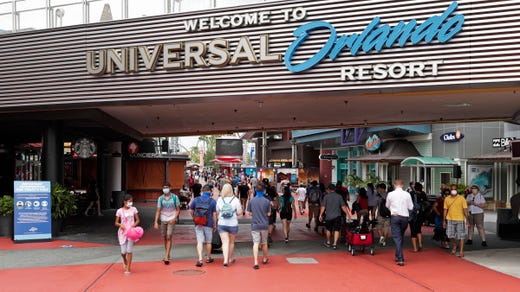 In this June 3, 2020, photo, visitors arrive at Universal Studios in Orlando, Florida. The Universal Studios theme park has reopened for season pass holders and will open to the general public on June 5. John Raoux, AP
Fullscreen 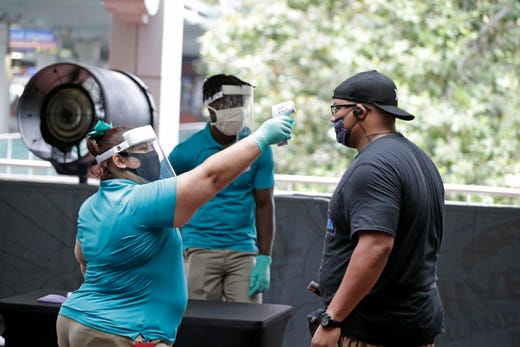 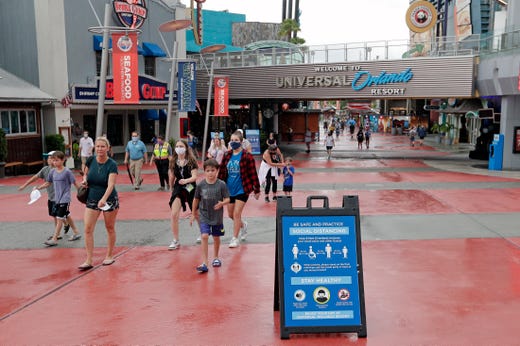 Signs about social distancing and other protocols are seen around the theme park as guests walk by at Universal Orlando Resort June 3, 2020. John Raoux, AP
Fullscreen 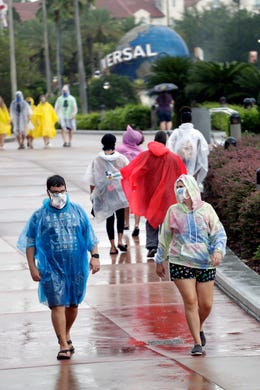 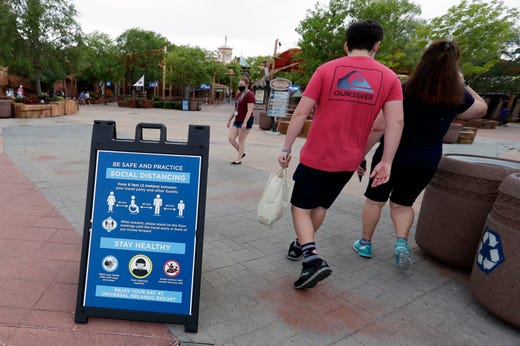 In this June 3, 2020 photo, signs about social distancing and other protocols are seen about the theme park as guests walk by at Universal Orlando Resort. John Raoux, AP
Fullscreen

An employee at Universal Orlando Resort sprays sanitizer as he wipes down a hand rail on a people mover June 3, 2020. John Raoux, AP
Fullscreen 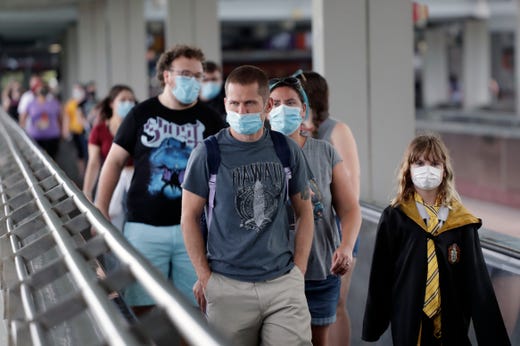 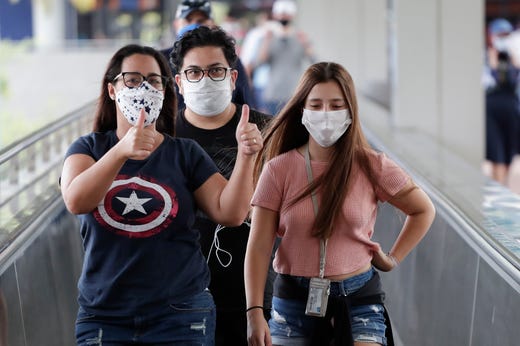 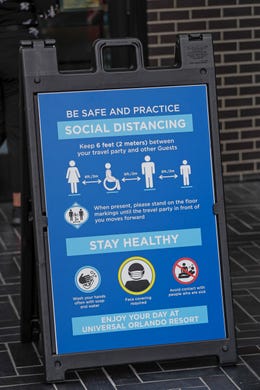 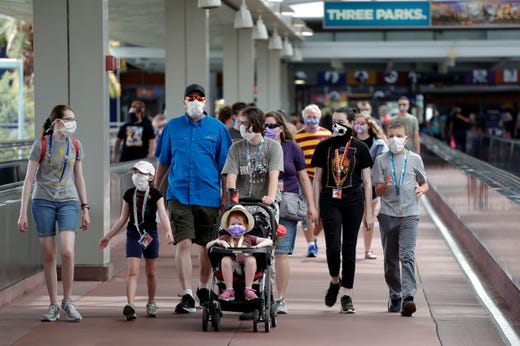 Workers with spray bottles and cloths wiped down the hand rails of flat-escalators leading into the parks and Citywalk, the resort's restaurant-entertainment complex that has been open for more than two weeks.

“We feel like all the precautions were up to snuff. We felt super safe to come here,” said Walters, who as a nurse is accustomed to wearing face masks. “Yeah, the masks. It's Florida, so it's hot. But it is what it is, and it does protect other people."

Crosstown rival SeaWorld Orlando is set to reopen next week, as are two other SeaWorld-owned parks in Tampa, Busch Gardens Tampa Bay and Adventure Island.

Walt Disney World plans to welcome back visitors next month to its parks, and thousands of workers could start being recalled for work starting in mid-June, according to Unite Here Local 362.

The Magic Kingdom and Animal Kingdom are opening July 11. Epcot and Disney's Hollywood Studios are set to reopen July 15.

Disney has not made any plans to reopen the water parks, and those workers can transfer temporarily into other departments. College students and international workers who staffed the country pavilions at Epcot's World Showcase aren't coming back anytime soon, so the positions formally staffed by international workers will be worked by U.S. employees, Eric Clinton, the local union's president told members recently during an online meeting posted to Facebook.

Also disappearing for the time being will be parades, firework shows, “meet-and-greets” with performers dressed as Disney characters and the courtesy of using a guests’ phone to take their photo, Clinton said.

“Any scenario that could create large crowds ... the company isn’t going to do it,” Clinton said.

All of Florida's theme parks temporarily closed this spring, and Floridians and theme parks fans across the U.S. were forced to stay 真人百家家乐官网网站home because of state and local lockdown orders meant to stop the virus' spread. The smaller Legoland Florida Resort in Winter Haven, Florida, opened Monday.

As of Thursday, Florida had more than 60,000 total coronavirus cases and more than 2,600 related deaths, but the number of cases has been trending upward. Over the past two weeks, the rolling average number of daily new cases has increased by 151.6 cases, an increase of almost 21%, according to a tally kept by Johns Hopkins University.

Orlando's theme park industry, and synergistic businesses like hotels and restaurants, were devastated by the coronavirus-related closures. Tens of thousands of workers were furloughed, and the theme park resorts have lost hundreds of millions of dollars in revenue. Orange County Comptroller Phil Diamond on Wednesday reported that the county's tax collections on hotels and vacation rentals in April dropped 97% from the same month in 2019 to a level not seen since 1980.

But Orange County Mayor Jerry Demings said he was confident tax collections will improve as the theme parks reopen.

“I believe that we will recover," Demings said at a news conference.

With the reopening of the parks, “thousands and thousands of employees have been put back to work," said Tom Williams, CEO of Universal Parks & Resorts.

After arriving at Universal Orlando, Ashley Gonzalez tried to go on as many rides as possible, though wait times were longer than usual because of social distancing precautions. Some things felt odd, such as having only one person in a row on the rides and not being able to have personal contact with performers dressed up as characters such as Captain America.

“It’s refreshing to be out here because you spent so much time cooped up and in quarantine. It’s cool to be out in the open,” Gonzalez said. “You're so used to high-five-ing people, and getting the character meet-and-greets. But you can't do that now, obviously because of socially distancing." 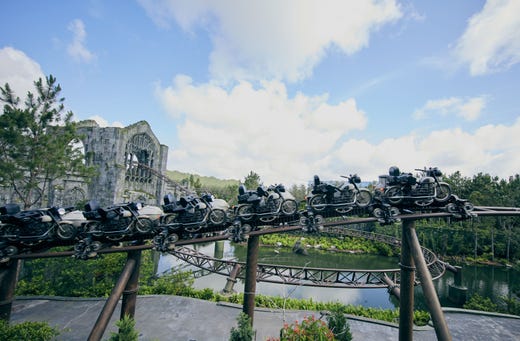 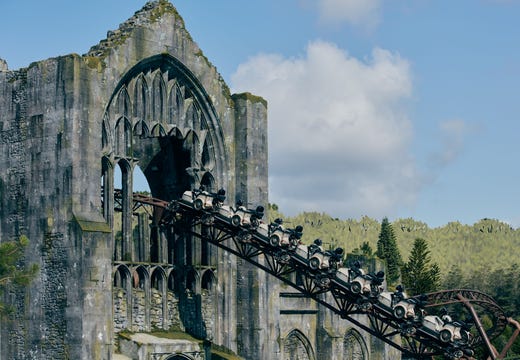 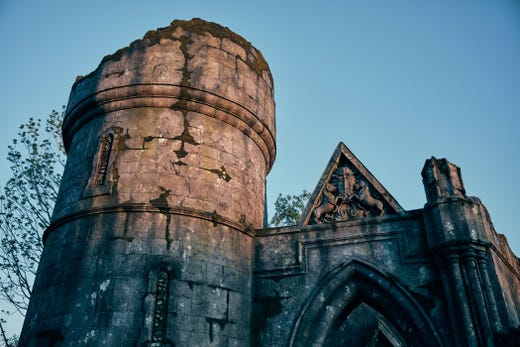 This over-the-top ride puts guests smack dab in the middle of his classes, which happen to be inside the recreated Forbidden Forest (a mysterious, and often dangerous place featured in the books and films). Universal Orlando Resort
Fullscreen 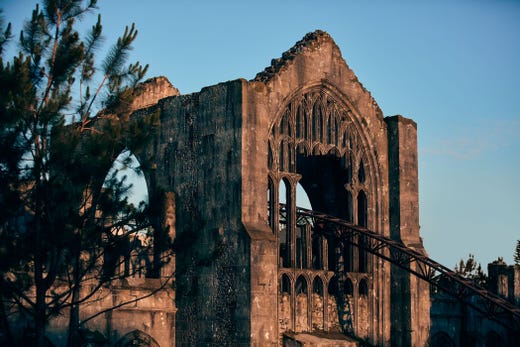 The elaborately themed area, which has been in the works for two and a half years, replaces the former Dragon Challenge coaster. Universal Orlando Resort
Fullscreen 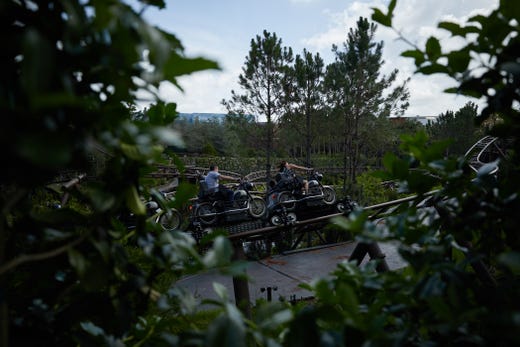 The ride hits speeds up to 50 mph Octavian Cantilli
Fullscreen 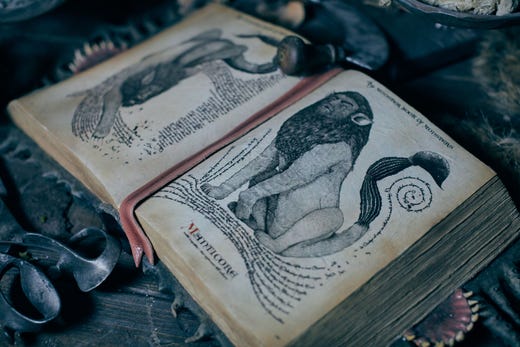 Along the way you see remnants from Hogwarts, the wizarding school, and receive instructions on how to care for magical beasts.  Universal Orlando Resort
Fullscreen

After all, Hagrid is the one who teaches the Care of Magical Creatures class (and often gets into trouble).  Universal Orlando Resort
Fullscreen 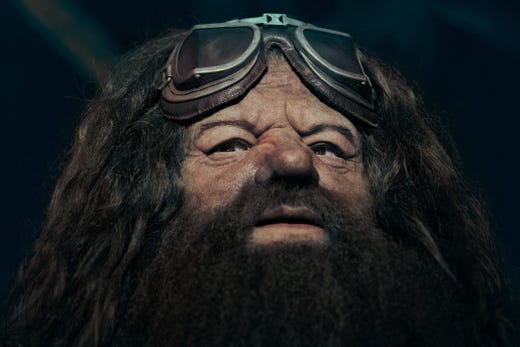 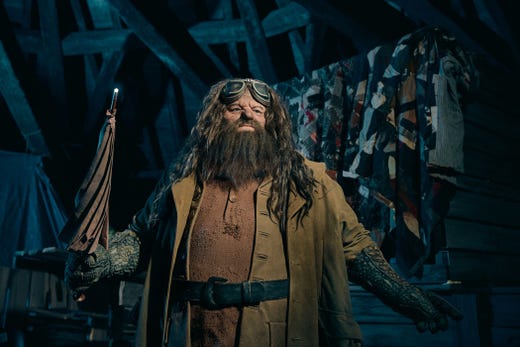 “Creating the animated figure of Hagrid was really a long process,” says Thierry Coup, senior vice president of Universal Creative. "It took about a couple of years. We actually used some of the original molds that were made for the films, and we went through the whole process of sculpting, of doing the prosthetics and doing all the elements. And then the mechanics that go into that are very innovative. It allows the figure to be very fluid, very real.” Universal Orlando Resort
Fullscreen 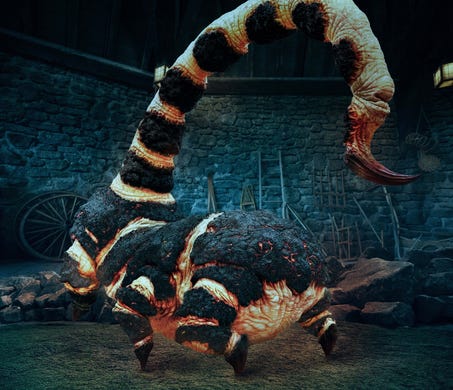 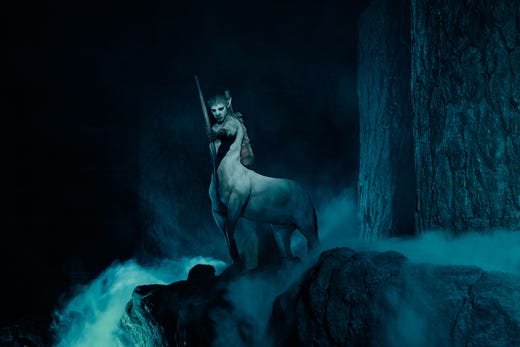 After plenty of twists and turns through the Forbidden Forest, you enter the darkest parts of the forest, where a centaur comes into view. That’s when the ride vehicle becomes entangled in devil’s snare and the track drops 16.5 feet onto another track. Universal Orlando Resort
Fullscreen 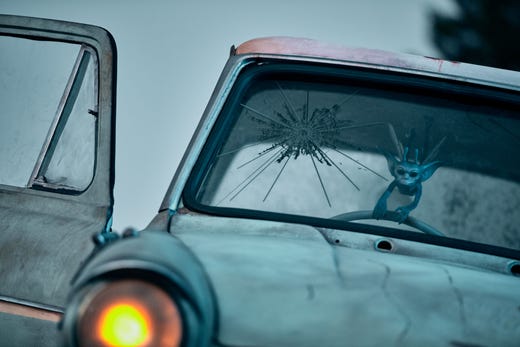 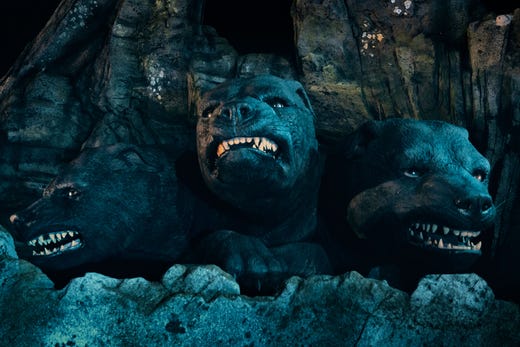 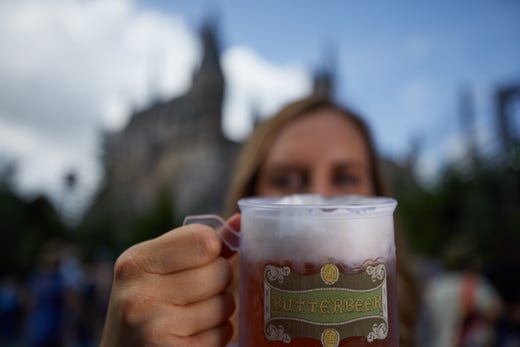